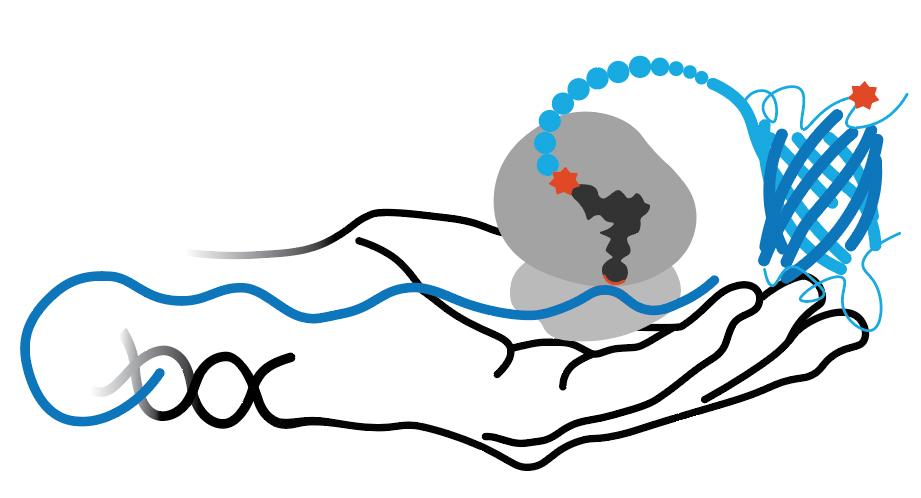 The GCE4All Center puts designer proteins at your fingertips!

The GCE4All BTDD Center is housed in the Biochemistry and Biophysics Department in the College of Science at Oregon State University in Corvallis, Oregon, and is directed by Ryan Mehl. Additional members of the leadership team are Rick Cooley, John Lueck, Andy Karplus, Kari van Zee, Kayla Jara and Bettye Maddux.

The GCE4All Center builds upon a foundation of leadership, expertise and accomplishments generated in its groundbreaking predecessor: Oregon State’s Unnatural Protein (UP) Facility. Founded by Ryan Mehl upon his recruitment to Oregon State in 2012, the UP Facility has a nine year history of developing and disseminating GCE technologies and training researchers. Through the hosting of four summer GCE Workshops and two International GCE Conferences, the UP Facility not only established Oregon State as a national leader in GCE research, but also began a mission worth growing.

With $5.6 million of funding, the GCE4All Research Center aims to optimize and disseminate GCE technology such that it becomes a basic tool for protein research that is accessible by all.

Learn about the BTDD program

GCE4All will allow biomedical researchers around the world to have access to better scientific tools for using genetic code expansion (GCE) technologies. These powerful tools will promote breakthroughs in revealing health related physiological processes and as well as in determining how and where these physiological processes go wrong to cause pain, cancer, heart disease, diabetes, Parkinson's and many other diseases. The improved technologies will also drive new innovations and enable the development of more sensitive and specific diagnostic tests and more effective therapeutics.

The GCE community bulletin board (GCEbb) is an electronic mailing list intended to host discussions and informational postings related to the development and use of genetic code expansion technologies in research and teaching. It is meant to support the growth of a cohesive and well-networked world-wide GCE user and developer community through promoting helpful conversations among newcomers and experts.

When publishing work aided by materials developed by the Center, language for acknowledging this is: This work was aided by the GCE4All Biomedical Technology Development and Dissemination Center supported by National Institute of General Medical Science grant RM1-GM144227.

The GCE4All Research Center is actively hiring across a variety of career levels. Highly motivated, creative and ambitious researchers interested in pushing forward genetic code expansion technologies and their application to studies in protein engineering, structural biology and protein post-translational modifications are encouraged to contact us for more information.